Top 10 Things to do in Mumbai Top 5 Places to visit in Jammu and Kashmir TOP 10 INTERNATIONAL DESTINATIONS TO TRAVEL IN THE MONTH OF JULY Top 10 Things to Do in Erode 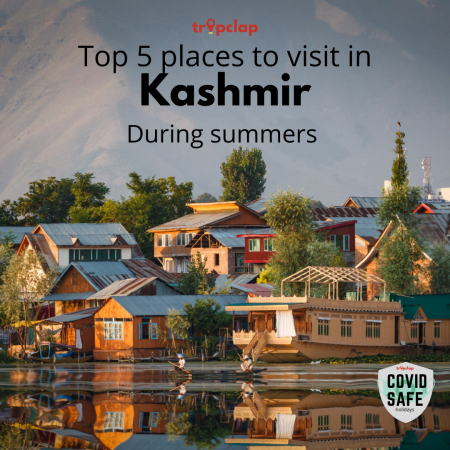 Top 5 places to visit in Kashmir during summers
Filters

1. What is famous about Nainital?

The most famous thing about Nainital is its location. It is a beautiful town located in the foothills of the Himalayas.

2. What is not so good about Nainital?

Nainital is a great place to visit, but there are some things that are not so good about it. One thing is that the roads are very narrow and congested, which can make it difficult to get around. Another thing is that it can be quite expensive to stay there, and it can also be quite crowded during peak season.

3. Who should visit Nainital?

4. What is the best time to visit Nainital?

The best time to visit Nainital is from September to November.

5. What is the local food in Nainital?

The local food in Nainital includes various types of Indian cuisine as well as Tibetan food.

6. What is the best way to reach Nainital?

7. How much does a package cost for Nainital?

8. What are the top hotels in Nainital?

Some of the top hotels in Nainital are The Naini Retreat, The Naini Lake Palace, Hotel Himalaya, and Hotel Suman.

9. What are the things to do in Nainital?

There are plenty of things to do in Nainital. Here are a few: 1. Visit the Naina Devi Temple. 2. Take a boat ride on Naini Lake. 3. Enjoy a hike in the nearby hills. 4. Stroll around the town of Nainital. 5. Visit the Eco Cave Garden. 6. Take a trip to the Snow View Point. 7. Visit the Tiffin Top. 8. Enjoy a leisurely walk in the Mall Road. 9. Visit the Bhowali Fruit and Vegetable Market.

10. What are the places near Nainital?