Bijapur is a city in the Indian state of Karnataka. It is the headquarters of the Bijapur district. Bijapur is located about 530 km northwest of the state capital, Bangalore.

The city was the capital of the Adil Shahi dynasty of the Deccan, from 1490 to 1686. The city is home to Gol Gumbaz, one of the largest single- dome domes in the world. The city is also known for the 16th-century Ibrahim Rauza, which is a tomb of the second ruler of the dynasty, Ibrahim Adil Shah II. Bijapur is the birthplace of the Carnatic musician Syama Sastri, who was one of the Trinity of Carnatic music. 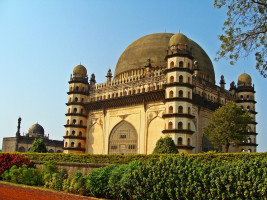 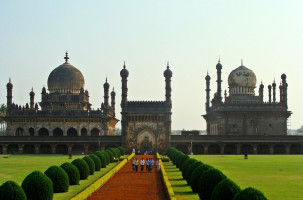 What is famous about Bijapur?

The city of Bijapur is famous for its historical monuments, including the Gol Gumbaz and the Ibrahim Rauza.

What is not so good about Bijapur?

There is not much not good about Bijapur. However, some people may not like the hot weather.

Who should visit Bijapur?

Bijapur is a city in the state of Karnataka in southern India. It is located about 530 km from the state capital of Bangalore. Bijapur is the district headquarters of Bijapur District.

What is the best time to visit Bijapur?

The best time to visit Bijapur is during the winter season from November to February.

What is the local food in Bijapur?

The local food in Bijapur, Karnataka, is a mix of North and South Indian cuisine. Rice and dal are the staple foods, and there is a wide variety of curries and chutneys to choose from.

What is the best way to reach Bijapur?

There is no one definitive answer to this question. Depending on your location, you may be able to reach Bijapur by bus, train, or car.

What are the things to do in Bijapur?

Some of the popular tourist attractions in Bijapur are the Gol Gumbaz, the Ibrahim Rauza, and the Malik-e-Maidan.

What are the places near Bijapur?

The places near Bijapur are Gulbarga, Bidar, and Raichur.